Tajikistan was the first to attack 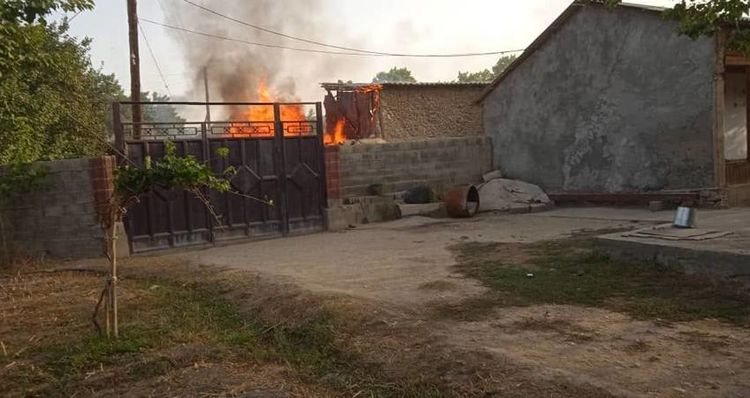 For three days, Tajikistan’s aggression has been continuing in the Batken region of Kyrgyzstan. Although the Tajik side often accuses Kyrgyzstan of attacking, the facts prove the opposite. “PolitKlinika” has determined that the aggression was initiated by Tajikistan using verification methods. Read ahead.

On September 14, an armed conflict began in the Bulak-Bashy border region. According to the information of the border service of the State Committee on National Security of the Kyrgyz Republic, the border troops of Tajikistan occupied an unspecified section of the border in violation of the previously reached agreements between the parties.

According to the report, the Tajik side opened fire, ignoring the legal demands of the Kyrgyz side to leave the region.

The border service reports that two border guards were injured in the shooting on the Kyrgyz-Tajik border.

Thus, on September 14-15, there were passive shootings.

The border service of the State Committee for National Security of the Kyrgyz Republic reports that the situation at the border has worsened as of 07:00 on September 16.

The statement says that Tajikistan opened fire on the Eki-Tash, Chyr-Dobo, Kum-Mazar and Orto-Boz regions of Kyrgyzstan. And at 06:30, Tajikistan starts mortar fire.

After that, between 07:30 and 09:00, the border service reports that Tajikistan started shelling different regions of Kyrgyzstan such as Kulun, Maksat and Zhany-Zher.

And in the following photos, Tajik soldiers gathered ordinary citizens in a stadium in the village of Buston. Later, videos where people without uniforms invading Kyrgyz villages and waving their flags began to spread.

A video of Tajik people hanging their flag on a building and occupying a Kyrgyz school was circulated on social networks. After checking the video, we found out that the building shown in the video is the secondary school in “Ak-Sai” village of Batken named after B. Khodzhaev.

In these videos, it was determined that the burning house was built for the residents of Maksat village who were affected in the April 2021 Tajik-Kyrgyz border incident.

With the help of the American space agency NASA, it was possible to identify where and when the fires broke out.

On satellite images, you can see that the fire was first recorded on September 16 at 12:27 in the villages of Ak-Sai and Arka. This time coincides with the time when the first videos appeared on social networks.

And on the night of September 17 at 02:30, the SCNS Border Service reported that Tajiks had begun burning their own houses.

Later, fake information appeared in telegram publics that “Kyrgyz people are burning their own houses.” It was not possible to identify the location on the video, but it was at this time in Tajikistan that fires broke out in several places at once.

Back to NASA satellite imagery, today at 02:17 am a fire broke out in the Tajik villages of Surkh Chorkishlok and Chorbog. And the Border Service of the State Committee for National Security reported this already at 02:30. Accordingly, the information of the press service of the Ministry of the Kyrgyz Republic was confirmed once again.

In connection with the above, the information of the cosmic agency “NASA” and the press service of the Border Service of the State Committee on National Security coincides.

Conclusion: Tajikistan was the first to start hostilities and attacked Kyrgyzstan.